This is the Practice for reading -Day 5 , if you are looking for Listening – Day 5 , Please follow this link

You will be allowed 1 hour to complete all 3 sections of the IELTS Academic Reading test.

The three parts of this practice Reading test are presented over three separate web pages. Make sure you move swiftly from one page to the next so that your practice is as realistic as possible.

Time yourself and allow just one hour to complete all three parts. There are 40 questions in this practice paper. Each question carries one mark.
If you prefer to work offline, download the test paper and blank answer sheet.

In the actual test you will be given the following instructions:

do not open this question paper until you are told to do so
write your name and candidate number in the spaces at the top of the page
read the instructions for each part of the paper carefully
answer all the questions
write your answers on the answer sheet; use a pencil
you must complete the answer sheet within the time limit

At the end of the test you will be asked to hand in both the question paper and your answer sheet.

Once you have completed all three sections, download the answers and see how you have done.

Comedy writer Armando Iannucci has called for an industry-wide defence of the BBC and British programme-makers. “The Thick of It” creator made his remarks in the annual MacTaggart Lecture at the Edinburgh TV Festival.

“It’s more important than ever that we have more strong, popular channels… that act as beacons, drawing audiences to the best content,” he said. Speaking earlier, Culture Secretary John Whittingdale rejected suggestions that he wanted to dismantle the BBC.

He continued his praise for British programming by saying the global success of American TV shows had come about because they were emulating British television. “The best US shows are modelling themselves on what used to make British TV so world-beating,” he said. “US prime-time schedules are now littered with those quirky formats from the UK – the “Who Do You Think You Are”‘s and the variants on “Strictly Come Dancing” – as well as the single-camera non-audience sitcom, which we brought into the mainstream first. We have changed international viewing for the better.”

With the renewal of the BBC’s royal charter approaching, Iannucci also praised the corporation. He said: “If public service broadcasting – one of the best things we’ve ever done creatively as a country – if it was a car industry, our ministers would be out championing it overseas, trying to win contracts, boasting of the British jobs that would bring.” In July, the government issued a green paper setting out issues that will be explored during negotiations over the future of the BBC, including the broadcaster’s size, its funding and governance.

Primarily Mr Whittingdale wanted to appoint a panel of five people, but finally he invited two more people to advise on the channer renewal, namely former Channel 4 boss Dawn Airey and journalism professor Stewart Purvis, a former editor-in-chief of ITN. Iannucci bemoaned the lack of “creatives” involved in the discussions.

“When the media, communications and information industries make up nearly 8% our GDP, larger than the car and oil and gas industries put together, we need to be heard, as those industries are heard. But when I see the panel of experts who’ve been asked by the culture secretary to take a root and branch look at the BBC, I don’t see anyone who is a part of that cast and crew list. I see executives, media owners, industry gurus, all talented people – but not a single person who’s made a classic and enduring television show.”

Iannucci suggested one way of easing the strain on the licence fee was “by pushing ourselves more commercially abroad”.

“Use the BBC’s name, one of the most recognised brands in the world,” he said. “And use the reputation of British television across all networks, to capitalise financially oversees. Be more aggressive in selling our shows, through advertising, through proper international subscription channels, freeing up BBC Worldwide to be fully commercial, whatever it takes.

“Frankly, don’t be icky and modest about making money, let’s monetise the bezeesus Mary and Joseph out of our programmes abroad so that money can come back, take some pressure off the licence fee at home and be invested in even more ambitious quality shows, that can only add to our value.”

Mr Whittingdale, who was interviewed by ITV News’ Alastair Stewart at the festival, said he wanted an open debate about whether the corporation should do everything it has done in the past.  He said he had a slight sense that people who rushed to defend the BBC were “trying to have an argument that’s never been started”.

“Whatever my view is, I don’t determine what programmes the BBC should show,” he added. “That’s the job of the BBC.” Mr Whittingdale said any speculation that the Conservative Party had always wanted to change the BBC due to issues such as its editorial line was “absolute nonsense”.

Do the following statements agree with the information in the IELTS reading text?

27. Armando Iannucci expressed a need of having more popular channels.

30. Ianucci believes that British television has contributed to the success of American TV-shows.

31. There have been negotiations over the future of the BBC in July.

Choose the correct letter, A, B, C or D.

Write the correct letter in boxes 32-35 on your answer sheet.

32. Ianucci praised everything EXCEPT

33. To advise on the charter renewal Mr Whittingdale appointed a panel of

34. Who of these people was NOT invited to the discussion concerning BBC renewal?

35. There panel of experts lacks:

B  people who make enduring TV-shows

Complete the summary below.

Write NO MORE THAN TWO WORDS from the passage for each answer.

Easing the strain on the licence fees

Iannucci recommended increasing BBC’s profit by pushing ourselves more 36. . He suggests being more aggressive in selling British shows, through advertising and proper international 37. . Also, he invokes producers to stop being 38.  and modest about making money and invest into even 39.  quality shows. However, Mr Whittingdale denied any 40.  that the Conservative Party had always wanted to change the BBC because of its editorial line. 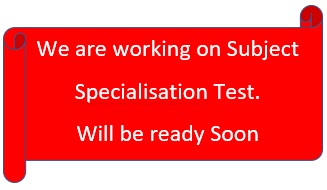 200 ViewsDear Teachers, This is the Practice for reading -Day 5 , if you are looking for Listening – Day 5 , Please follow this link You will be allowed 1 hour to complete all 3 Read more…

142 ViewsArrange a notebook and pen before you start the test. Use head phone to listen the audio without disturbance ( don’t pay attention on anything like whatsapp,facebook,twitter or call during the test ) Check Read more…

168 ViewsArrange a notebook and pen before you start the test. Use head phone to listen the audio without disturbance ( don’t pay attention on anything like whatsapp,facebook,twitter or call during the test ) Check Read more…